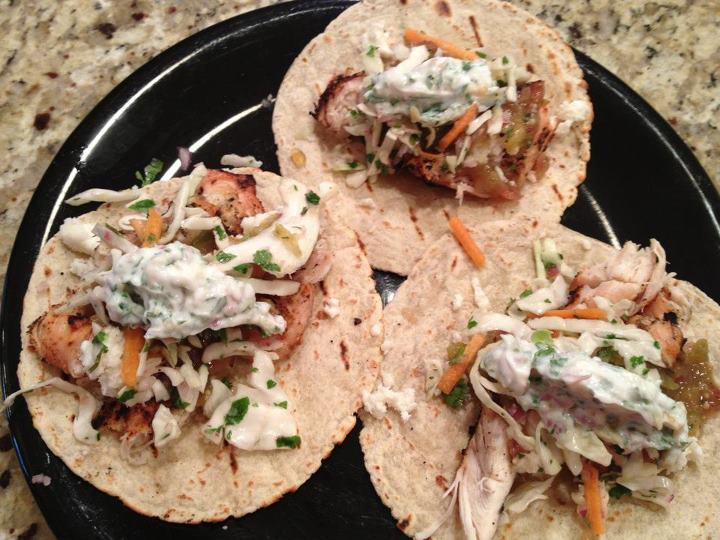 Blend until finely chopped.  I split the mixture into four containers.  1\3 for making guacamole.  1\3 for making cilantro cream.  (for the other 1\3 it goes into the next two things) And about four table spoons of it to blend in with 1 cup of prepackaged cole slaw mix.  Another couple of tablespoons to throw into the tomatillos when you get done with them on the grill

Roast it until it’s literally browning and simmering in it’s own sauce.  Allow to cool, then throw in the food processor with the cilantro onion mixture.

Grill your corn tortillas until the start to ‘puff’.  Chop up the chicken from the grill, use your cheese, spoon over your tomatillo salsa, top with cabbage and then a tablespoon of your cilantro cream.